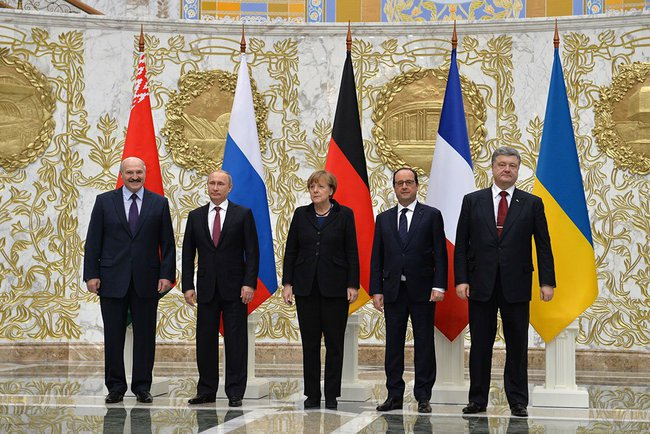 Abstract:
“In February 2015, the Minsk II Accords were signed by leaders of Ukraine, Russia, France, Germany, and Ukrainian separatists. The goal of this document was to end armed fighting and resolve the conflict between the Ukrainian government and the secessionist oblasts of Donetsk and Luhansk. Minsk II constituted a series of thirteen steps, including a cease-fire, amnesty, local elections, and finally restoration of Ukrainian federal control but accompanied by constitutional reform. This agreement was a follow up to a previously attempted peace treaty in 2014 that had fallen apart, but Minsk II itself failed to hold. This paper examines why the first two steps in the treaty have not been upheld and uses the theories of realism and the spoiler problem as lenses through which to view the conflict. This case study concludes that the lack of consideration given to Russia and America’s interests and their ability to act as spoilers are the main reasons why the accords failed.” Read more at Beyond Intractability